Chances are, you haven’t heard of Superficial Siderosis. That’s because it’s an incredibly rare condition, and just less than 2 decades ago there were less than 270 total reported cases in scientific literature. Thanks to advancements in MRI technology in recent years, the condition is becoming easier to diagnose, and it can have detrimental symptoms.

We caught up with Rhys Holmes, a morrello patient who suffers from Superficial Siderosis. Have a read below.

Q: Superficial Siderosis seems like a very complex and largely unknown condition, could you tell me a little bit about it?

“Superficial Siderosis (SS), was until around 20 years ago relatively hard, if not impossible to diagnose. Only now because of advancements in MRI technology is it possible to see the toxic iron deposits in the central nervous system (CNS) . The condition is neurodegenerative and caused by toxic iron deposition on the brain, spine and spinal cord. The iron enters into the cerebrospinal fluid though a chronic or intermittent bleed usually over tens of years. The blood will eventually overwhelm the body’s capacity to remove the full blood product, and leave the toxic iron in the CNS. The iron is toxic to the nerves and tissues, and will cause issues with various functions, including hearing, mobility, eyesight amongst others, depending on where the iron has settled. A chronic bleed is usually attributed to previous head or spine, trauma or surgery, and that’s only if a cause for the bleed can be found.”

Q: How has the condition, and it’s resulting effects, affected your day to day life?

“It’s completely changed my life, I was previously very independent but now have to rely on my parents to help with my daily living. Simple things that most people would take for granted such as using the telephone, tidying up, and moving around the house. I even find it difficult to carry a mug of tea without spilling it. It affects so many areas of daily living, it makes it hard to put into perspective. My social life has been hugely affected and I can’t do many of things I used to enjoy such as going to music concerts, cycling and pub quizzes.”

Q: What sort of treatments were you receiving from Allison at Morrello, and what kind of role did they play in your recovery?

“I see it more as a continuous journey rather than a recovery, but the treatment and information I have received from Allison has been game-changing. Allison has given me direction in what I need to do to improve my condition, whereas before I was trying to exercise, without knowing what I really needed to work on. She sent me a report on my condition after carrying out a full medical assessment on my mobility. The daily stretches of particular muscles have been a huge benefit on my legs and really have helped with the spasticity in my calves. Vestibular exercises have also made it easier for me to move around at home without getting as dizzy, which was a huge problem before I started at Morrello. Also, I think it’s good to mention the massive boost it’s all had on my mental health, which I think is underestimated when it comes to things like this. Prior to starting at Morrello, I used a wheelchair to get about and now I only need it when I get very dizzy spells or have to walk any length of distance.” 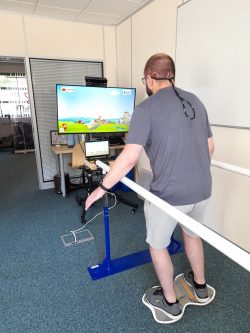 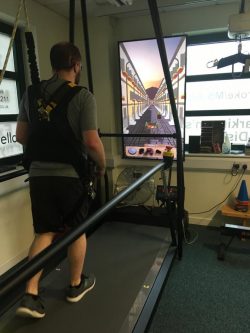 Q: You are very active in advocating for greater awareness of, and research into Superficial Siderosis, what sort of ways can others who are just now learning about it do the same?

“After I was diagnosed in 2016 and realised how rare SS is, and how little awareness and research was going on, it made me want to get involved to fight for not just myself, but others who have the condition and are unable to advocate for themselves. The one thing I would say to people, not just in terms of a rare neurological condition, is to take interest and learn about ways to better yourself as much as possible. Get involved with the online communities, and be open minded about things, they’re not always set in stone, so don’t assume it has to be A or B.”

Rhys hopes to raise awareness of the rare condition, and writes about his journey as well as offering advice to those who may be living with Superficial Siderosis. You can find his blog posts here on the LivingWithSS website.

Find out more about our Vestibular Rehabilitation services. 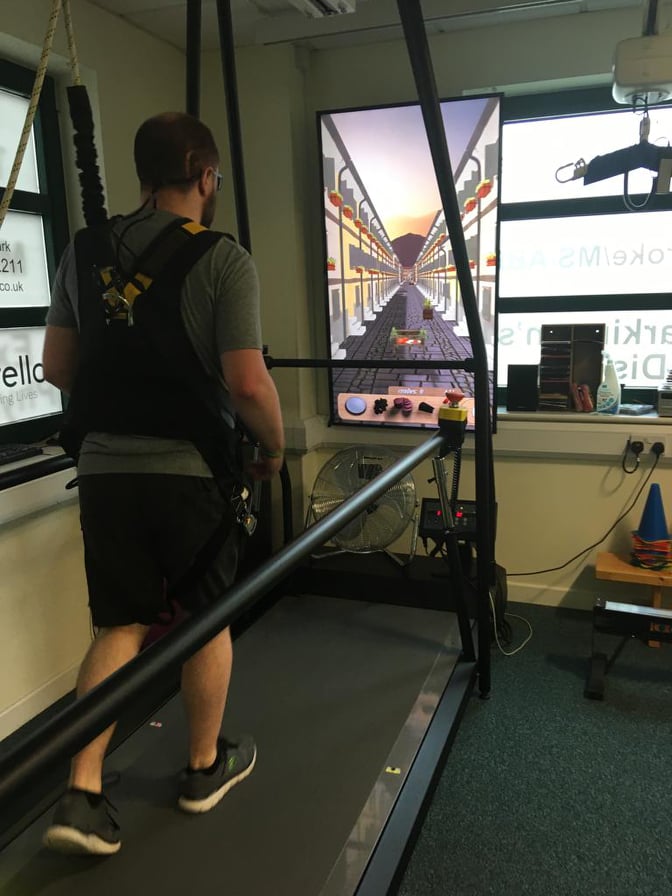 We use cookies on our website to give you the most relevant experience by remembering your preferences and repeat visits. By clicking “Accept All”, you consent to the use of ALL the cookies. However, you may visit "Cookie Settings" to provide a controlled consent.
Cookie Settings Accept All
Manage Cookie Consent

This website uses cookies to improve your experience while you navigate through the website. Out of these, the cookies that are categorized as necessary are stored on your browser as they are essential for the working of basic functionalities of the website. We also use third-party cookies that help us analyze and understand how you use this website. These cookies will be stored in your browser only with your consent. You also have the option to opt-out of these cookies. But opting out of some of these cookies may affect your browsing experience.
Necessary Always Enabled
Necessary cookies are absolutely essential for the website to function properly. These cookies ensure basic functionalities and security features of the website, anonymously.
Functional
Functional cookies help to perform certain functionalities like sharing the content of the website on social media platforms, collect feedbacks, and other third-party features.
Performance
Performance cookies are used to understand and analyze the key performance indexes of the website which helps in delivering a better user experience for the visitors.
Analytics
Analytical cookies are used to understand how visitors interact with the website. These cookies help provide information on metrics the number of visitors, bounce rate, traffic source, etc.
Advertisement
Advertisement cookies are used to provide visitors with relevant ads and marketing campaigns. These cookies track visitors across websites and collect information to provide customized ads.
Others
Other uncategorized cookies are those that are being analyzed and have not been classified into a category as yet.
Save & Accept
Powered by